Claik translates from Doric to a gossip. It can also be used as describing someone who is gossiping, claikin. 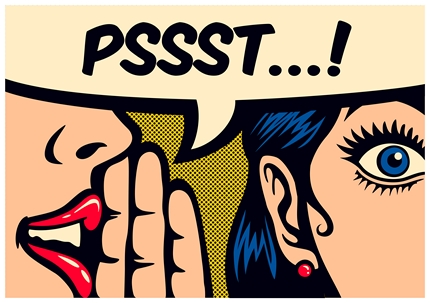 Aat wifie fa bides aroon the neuk is an affa claik, she is aye claikin ower her waa tae her neebour.

Which in English means:

That woman who lives around the corner is an awful gossip, she is always gossiping over her wall to her neighbour.