Futret, as heard and seen in the Ballater Toy Shop call to the Queen in the video below from Stephen Robertson of Scotland the What?, means Weasel or Stoat. 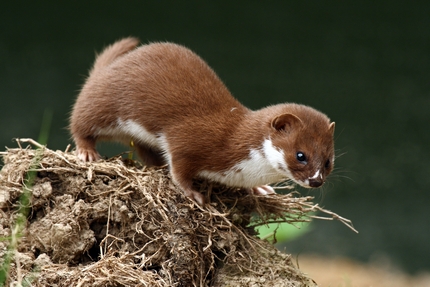 It causes much debate whether it should also include ferret. We at Doric Phrases add our knowledge to the argument that it doesn't!

Futret can also be used in a derogatory way meaning devious and is a fine North-East alternative to the Scots word Sleekit. As an example:

Aat loon stannin aire is acting in a futret wye.

Which translates as That boy standing there is acting in a devious way.

It is sometimes spelt Futtret.

Here's the much-missed Stephen Robertson of Scotland the What calling the Queen from Ballater toy shop. Please note you will have to click on the Watch on YouTube link, open a new window and click Skip Ad: