The translation of wheelbarrow into the Doric dialect is Barra, as can be seen in the funny photo of the dog being pushed by a man. There are several other Doric words and phrases relating to dogs: 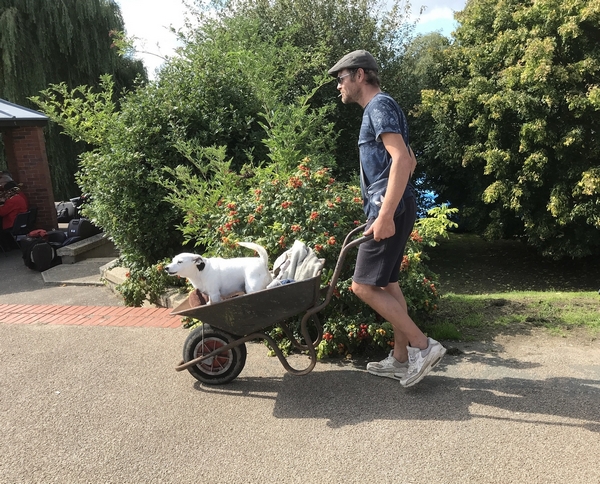 A female dog, a bitch, is Bratch.

When a dog or puppy runs around in an "unsound of mind" manner this is called Feel Run.

There are more Doric Phrases and Words in our A-Z section.