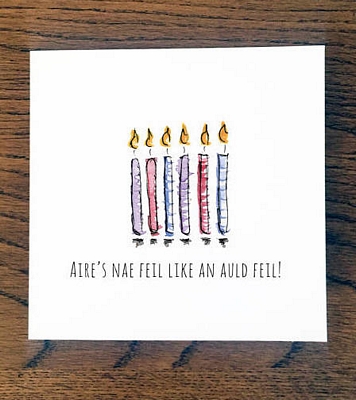 This translates to "There is no fool like an auld fool."

See her full range at www.etsy.com/uk/shop/MelabellaGifts

Karen Barrett-Ayres, an Aberdeen graphic designer, runs Bramble Graphics and sells a range of contemporary Doric cards and gifts and prints online. Karen designed, wrote and produced the RGU Doric dictionary and Doric voices campaign which was given as a gift for oil execs visiting Offshore Europe a few years ago. It was also sold for charity and is given out to prospective students. 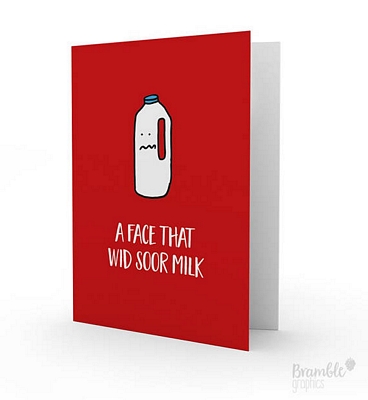 This A face that wid soor milk card and more can be purchased from www.etsy.com/uk/shop/BrambleGraphics