Bosie is a Doric word with two meanings. It can mean a hug, cuddle, or embrace and bosoms, after voluptuous breasts. 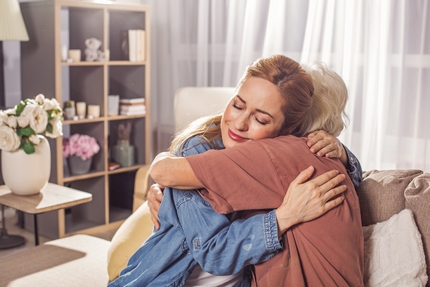 Aifter watching her geet fa doon, his mither swaddled her airms aroon him fur a tight bosie agwen her bosies.

After watching her child fall down, his mother wrapped her arms around him for a tight hug against her breasts.