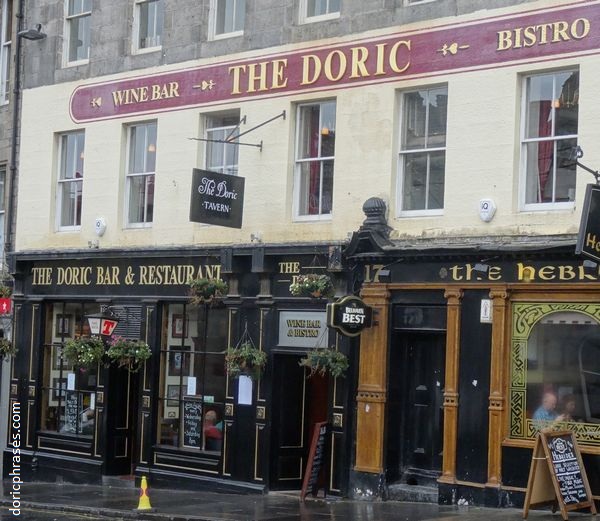 Whenever we are in Edinburgh we can't resist a wee drink and meal in The Doric Tavern Bar and Restaurant, primarily because we love everything remotely related to our Dialect! Though of course you will get a fine meal and wide range of drinks, especially guest ales and whisky.

The Doric Bar dates back to the 17th century and part of its charm is the old fashioned building. It can be found on Market Street, just across from the Edinburgh Dungeons.

Could it be from the Greek Doric columns that decorate the outside and can still be seen in The Hebrides pub next door which may have been part of the original building?