So, I was standing on a chair changing a light bulb when the wife walked past. I looked down and saw her grey hair roots showing and asked her if it was time she got a pink rinse now that she is over fifty. Now my cheek is very sore! 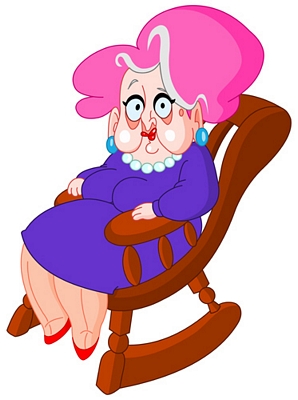 The Doric translation would be:

Sae ah wis stannin on a cheir, changing a licht bulb, fin the wife walked langsyne. Ah keekat doon an saw her mochie hair reets showing an socht her if it wis time she gotten a pink sweel noo aat she is ower fifty. Noo ma chick is gye sair!