The Doric word, used here in the North East of Scotland, for garden is gairden. For example, A scull o floeers fae the gairden centre, would translate to, A basket of flowers from the garden centre. 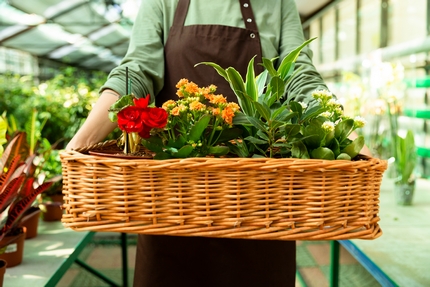